Letter from the Editor

Hello Spring! We are wrapping up our first week back from Spring Break at WSU, which means the reality of graduation is setting in for our seniors. The excitement of graduation blends with anxiety over what the future might hold. I had many discussions with students recently about their career plans and noticed that an increasing number of students are seriously considering careers in the dairy industry. Most of these students do not have a background in dairy. This is great news! This means that the Animal Sciences faculty and staff are providing eye-opening experiences for our students, encouraging them to try new things outside their comfort level.

With this great news, I have a request for you. Hands-on experience through internships is one of the most impactful training opportunities we can provide our students. If you have an internship position available, please reach out so we can help you connect with one of our students.

In the meantime, pour yourself a glass of milk and enjoy our March newsletter. 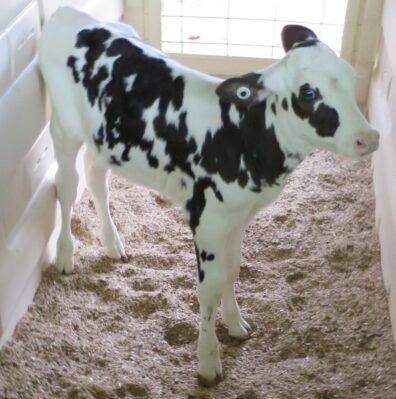 I am happy to be back with another article that takes new research in the dairy world and brings it directly to farmers in Washington State.  I hope you enjoy the new research I selected for the March newsletter.

Does pre-weaning illness in replacement heifers impact reproduction and lactation?

Replacement heifers represent a significant cost on many dairies, so knowing if disease early in life affects reproduction and lactation can help farmers make financially sound decisions when choosing replacement heifers.  Researchers at Michigan State University looked at the health records of 2,272 cows to see if diarrheal disease or BRD had an impact on reproductive success or first-lactation milk production.  Heifer calves with a history of BRD required more inseminations to reach pregnancy and were less likely to produce a calf than those without a history of BRD.  Average daily gain and first-lactation milk production was not affected by a history of BRD.  Heifer calves with a history of diarrheal illness needed more inseminations to achieve pregnancy.  They also had reduced average daily gain and first-lactation milk production.  Therefore, pre-weaning illness does have a negative impact on later reproductive efficiency and lactation in dairy cows.

Can dairy cows be bred to produce less methane?

Methane is a natural product of digestion in cows, but it is also a potent greenhouse gas.  Researchers from the Netherlands wanted to see if including reduction of methane emissions into their breeding strategy would be a feasible practice.  Based on their calculations, selecting for reduced methane emissions along with other production traits can produce healthy, productive cows that produce less methane.  Currently, measuring methane can be difficult and new technology would need to be implemented on farms to accurately select for low methane emitting cows.  How reducing methane emissions impacts other traits is also still unknown.  For now, selecting for cows that produce less methane does not seem like a practical strategy for most dairy farmers, but this may change as more knowledge is gained.

Have you heard about Holstein × Gyr cattle? Girolando, as it is also called, is a common breed used in many dairy farms in Brazil. This crossbred unites the Holstein milk production with the Gyr rusticity, which is a great complement for pasture-based systems. Bearing this in mind, it is essential to acknowledge that, despite recent efforts to improve requirements, performance, growth, and reproduction, research is still needed to overcome production flaws such as late puberty and detrimental effects of high gain diets on dairy heifers, especially in heifers bred early in their life (11 to 13 months of age).

Based on literature evidence (Weller et al., 2016; Albino et al., 2017a), the exclusive use of nutritional strategies is insufficient to control the negative impacts of high feeding plans in prepubertal dairy heifers. Thus, the use of non-nutritional strategies, as frequent application of recombinant bovine somatotropin (rbST), become a feasible strategy to enhance mammary growth (Radcliff et al., 1997; Sejrsen et al., 2000), or to increase N retention (Crooker et al., 1990) in dairy heifers. Therefore, a study conducted in Brazil, supervised by Dr. Marcondes, aimed to evaluate the use of rbST as an alternative strategy to overcome the detrimental effects of high-performance diets on the development of dairy heifers during pre-puberty.

The study was conducted at the Federal University of Viçosa, where 34 Holstein × Gyr heifers, with a body weight of 218 ± 49 kg and 14 ± 4 months of age were submitted to an 84-day trial to evaluate the use of recombinant bovine somatotropin (rbST) on digestibility, performance, blood metabolites, carcass traits, and mammary development. The 34 heifers were divided into three blocks according to their initial BW, and two treatments (no rbST injections or rbST injections) were randomly assigned to the animals within each block. Heifers received a diet formulated to achieve an average daily gain of 1 kg, according to the NRC (2001). In addition, every animal in the rbST treatment received rbST shots (500 mg of recombinant bovine somatotropin – Boostin®, Merc Animal Health) every 14-day. To mimic the stress suffered by these heifers, the no rbST animals received saline injections (sodium chloride, 0.9%), as a placebo, on the same days.

The rbST treatment did not influence any of the variables evaluated on the digestibility trial. Regarding performance, final BW and growth were not affected by treatments. However, the serum IGF1 was higher for rbST animals, which resulted in greater carcass traits and mammary gland development.

For carcass, rbST heifers presented a 25% increase in lean tissue deposition (Figure 1). In addition, we observed an increase in parenchymal tissue for the mammary gland and a reduction in fat pad tissue for rbST heifers (Figure 2). It may seem different at first look, but we aim to reduce pixel values for parenchyma and fat pad when evaluating mammary gland ultrasound results. The explanation is simple. In ultrasound, darker areas – lower pixel – represent structural or secretory tissues, as the parenchyma. On the other side, brighter areas – higher pixel – represent reservoirs tissues, as the adipose tissue. Thus, the reduced pixel value found for parenchyma represents greater secretory tissue deposition, and the reduced pixel value seen for the fat pad represents reduced adipose tissue deposition in the gland. If you still have questions about this analysis, check the companion paper written by Albino et al. (2017b) and learn more about this technique. 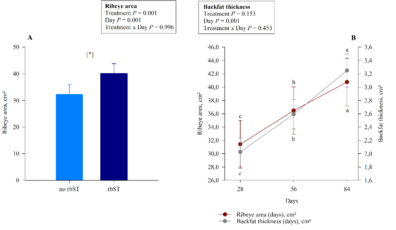 Figure 1. Representation of carcass ultrasound results. A – Carcass ribeye area between treatments. B –  Carcass ribeye area and backfat thickness among days. Differences were considered when P – the value was ≤ 0.05. Adapted from Sguizzato et al., (2022). 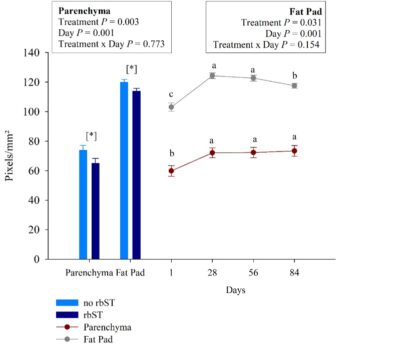 Moreover, to confirm the results obtained for the mammary gland, we observed reduced expression of IGFBP3 on mammary tissue of rbST heifers (P = 0.023). The IGFBP3 is a major IGF binding protein found in the bovine mammary gland, which can exert dependent or independent effects on cell growth, proliferation, and apoptosis, depending on the stimulus. However, according to our overall findings, we could associate the reduction in IGFBP3 expression with the increased IGF1 serum concentration on rbST heifers, resulting in greater parenchyma growth. Therefore, our study proved the efficacy of rbST as a non-nutritional strategy to improve mammary gland development and lean carcass gain of Holstein × Gyr heifers submitted to high-performance management. Nevertheless, a deeper investigation is still needed to understand the absence of the expected responses to the other variables evaluated and the efficacy of this technology with purebred Holstein heifers. 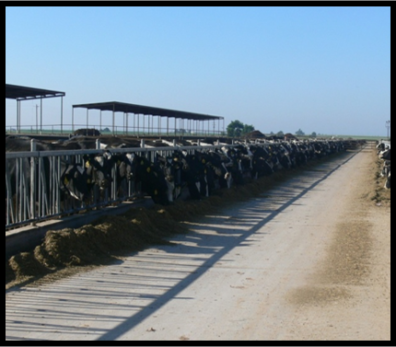 Below are some highlights from recent articles that I thought were interesting:

Over 5,000 consumers from six European countries were asked to rank, in the order of importance, three practices: agroforestry (integration of animals and trees on the same plot of land); prolonged maternal feeding (calves can suckle directly from their mothers for the first 3–5 months after they are born); and alternative protein source (use of home-grown protein crops, such as lupins, beans and peas, as animal feed). Prolonged maternal feeding was ranked #1 by 42.1% of consumers; whereas, agroforestry and alternative protein source were ranked #1 by 33.3% and 24.6% of consumers, respectively (Naspetti et al., 2021).

The same consumers described in #1 above were also asked to rank their intent to purchase dairy products that were made on farms that used agroforestry, prolonged maternal feeding, or alternative protein sources. Consumers favored products made from farms that used agroforestry and prolonged maternal feeding practices, but using alternative protein sources was not as appealing (Naspetti et al., 2021).

A survey sent to 900 United States dairy consumers asked participants to rank the importance of 63 attributes/label claims to the sustainability, naturalness, or healthiness of dried dairy products. The label claim “environmentally sustainable practices” was most often perceived as sustainable, while “no artificial sweeteners, flavors, or colors” was most often perceived as healthy (Schiano et al., 2021).

One survey of 983 adults in the United States showed that 90.7% of respondents thought antibiotic use on dairies posed some threat to human health. Additionally, 71.5% of respondents claimed they would be willing to pay more for milk from farms that do not use antibiotics (Wemette et al., 2021).

Over 1,000 ice cream and frozen dessert consumers reported that labels such as “naturally sweetened”, “reduced sugar”, “no added sugar”, and “all natural”, as well as a short ingredient list, indicated that a frozen dessert was “healthier” (Sipple et al., 2022).

Over 3,600 survey respondents from eight European countries were asked to rank four different dairy cattle housing systems. Over half of respondents ranked compost bedded barns as the best housing for health, space, and comfort for cows (Waldrop et al., 2021).

In Italy, 69% of 969 consumers reported they pay attention to animal welfare at the time of purchasing dairy products, and they mostly acquire information about animal welfare through the mass media (Rubini et al., 2021).

As we near June Dairy Month, let’s make a concerted effort to find new ways to help more people feel connected to our industry. Share your story, it’s a good one!

2022 Class of CUDS Members Ready to Take the Helm

And just like that . . . a new cohort of CUDS members are trained and ready to manage the herd. We received a phenomenal pool of applicants and conducted interviews last semester. New members started training this past January and completed their training a couple of weeks ago. It is my pleasure to introduce you to our class of 2022.

We are excited to see what the next year brings for the CUDS members and herd. Welcome to our new members!

Thanks for reading our March newsletter! We’ll see you in June for our next edition!