There was an article published in the July 2019 issue of Hoard’s Dairyman entitled “Cattle are part of nature’s carbon cycle”. The title probably didn’t catch your eye, but the content presents a very different picture of the role that dairy cows (and beef cattle) have in regard to greenhouse gases and climate change.

A few excerpts from the paper are:

“…we have seen the media place blame for our changing climate on cattle. For dairy cows in the U.S., this claim cannot be supported by science…”

“Methane is a powerful greenhouse gas that along with carbon dioxide nitrous oxide, and some other compounds in the atmosphere create a blanket around our planet.”

“Without this atmospheric blanket, the earth would be too cold for us to survive.”

“The current problem is that concentrations of these gases are rising, which is thickening the blanket. This leads to an elevation in global temperatures and related climate changes.”

“The methane that cows produce is part of a natural carbon cycle that has been happening since the beginning of life on our planet.” 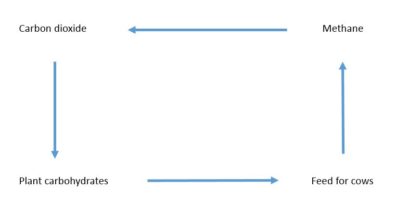 The step that is basically ignored is that methane is changed back to CO2 within a very short period of time compared to CO2 created by burning fossil fuels.

If you consider that we have less dairy cows now than 50 years ago, that cows are now more efficient, this then translates to less of an impact on atmospheric greenhouse gases today than in prior decades.

Dairy can be part of the answer to atmospheric levels of CO2; let’s make sure that the message to the public is that dairy is a part of the solution, not a part of the problem. 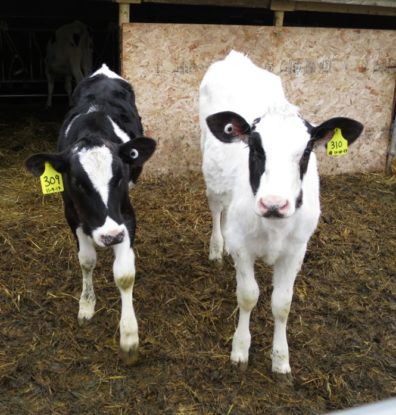 One of the most common causes of employee injuries on dairies is cattle. These injuries are a result of human-dairy cattle interactions that went wrong. Providing dairy cattle handling training is the first step in preventing cattle-related injuries. While many different training formats are available, including videos and lectures, which training improves cattle learning? We often focus on providing the most effective training for employees that we forget that training cattle is also beneficial. Cattle are capable of learning during training. I collaborated with two veterinarians at the University of Pennsylvania (Dr. Michaela Kristula and Dr. Meggan Hain) and an expert handling trainer (Dr. Don Höglund) to conduct a study aimed at determining how weaned heifers respond to training. Our research was published last month in the Journal of Extension. Below are some highlights about what we learned:

Do you know a dairy leader interested in a unique training program?

The Leaders Enabling Advanced Dairy Safety (LEADS) program will be offered beginning Fall 2019. LEADS is a train-the-trainer program focused on preventing the most common types of employee injuries caused by cattle on dairies. Participants will complete a 4-hour training that will teach them how to provide an effective cattle handling safety training and prevent cattle-related injuries on their dairies.

Registration will be limited. We are planning to host four training sessions throughout Washington State. More details will be released soon. If you would like more information about this training, please contact Amber Adams Progar at 509-335-0673 or amber.adams-progar@wsu.edu. 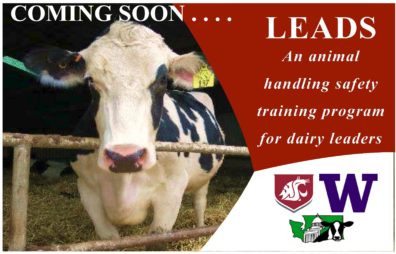